The Wonders of British Engineering in the Wilds of Scotland

We woke in different places. Half the group (all couples) had a wonderful stay at the comfortable Inch Hotel just outside Fort Augustus. The three remaining walkers enjoyed Morag’s Lodge, a youth hostel. That was an experience. Bunk rooms, tourists and an interesting breakfast whilst the other half lived it up in relative luxury. We had breakfast with Keith from New Hampshire who was on a “sexy and wild” tour of the Highlands with Haggis Tours. 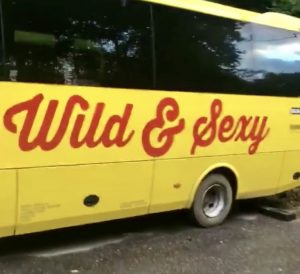 It was great meeting another American and a few Aussies and Kiwis. Typical backpacking hostel fare.

We started out, back on the Great Glen Way, from the car park at Morag’s looking forward to a day of walking along the Caledonian Canal. Canal walking is great if a little boring; level ground, good pathways and plenty of water to look at. We hadn’t banked on the Caledonian Canal. Leaving Fort Augustus you are immediately presented with five locks to move boats between the canal to Loch Ness. Chatting to sailors nursing their boats through the locks, we learnt that is takes 1.5 hours to move about 200 yards! 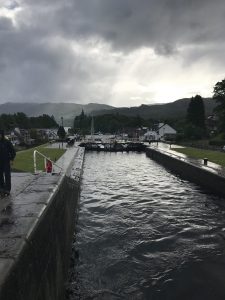 The Caledonian Canal is a wonder of British engineering. It took 18 years to build and opened in 1822. It is 60 miles long and has 28 locks. A few miles down the line we stopped to talk to Matt, an Englishman and Lock Keeper at Loch Oich. 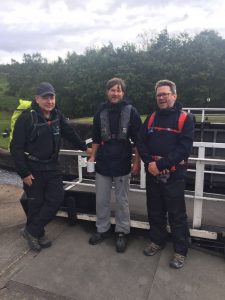 Matt was keeping a lock near Basingstoke when he answered a job advert on Twitter and moved to Scotland. Sadly, he did not live in the lock keeper’s cottage; it seems that these are now more valuable as holiday rental properties.

We enjoyed the odd burst of sunshine and that odd British rain that just appears while the sun is shining. As we pushed on towards lunch, we came across the Invergarry Station Project. Out of the forest that had grown up along the canal/loch-side path we came across 100 yards of railway line. It is easier here to quote their website as an explanation:

“The Railway opened in 1903 and closed to all traffic in 1947, with the track being lifted in 1948. Over the years, the stations slowly disappeared, Gairlochy becoming a caravan site, Fort Augustus a school, Invergloy a bed and breakfast and Aberchalder a house. Only Invergarry platform remained, dormant and waiting to be rescued, a happy hunting ground for fly tippers.

Our aim is to recreate the station as it was – a station frozen in time.” 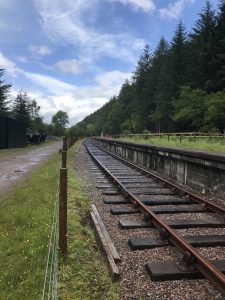 And they have. We are spoiling you with a few extra pictures today just to show off what we saw. Again, a fine example of engineering. Like General Wade’s roads https://en.wikipedia.org/wiki/Old_military_roads_of_Scotland which we were following when we came across Invergarry Station.

Thereafter, we plodded on. The weather closed in and we lunched in the rain. After lunch we left the canal and walked mostly uphill for the last six miles until we met Van Man.

Today was a sad day as we lost Dave, Angela and Kyle. Dave and Kyle had been with us from Day 1 and Angela had joined us four days ago. Kyle returns to the US to start up a new US office for Tanager Wealth[link]. Dave and Angela return in a week. Eric joins us tonight ready to start our next adventure on the West Highland Way. 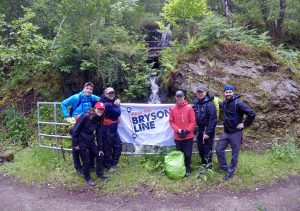